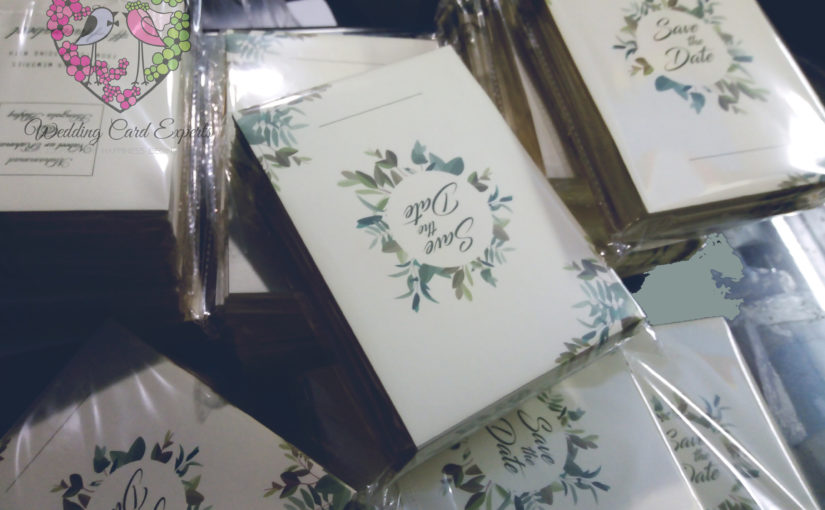 In this digital world of technology and innovation, some moral values and small deeds you do for your loved ones and the joy those values bring to your life and your family cannot be replaced by anything in this world.

Weddings in Pakistan are the time of joy and celebration everyone waits eagerly for the wedding invitation of their loved ones and groom/bride wants their wedding invites to be the best wedding invitation cards just like every other thing. But what about Dubai wali khala, America waly cousin or Canada wali phupo, who are living across the seas in different countries but still waiting for your special day to come. Its times like these where inviting over calls or video calls may bring them joy from the news but the tradition of sending the wedding invitation card brings so many heartwarming feelings and blessings and make the guest feel special.

What can you do about that, think, think! Well, the solution to this is “Wedding Card Experts”. 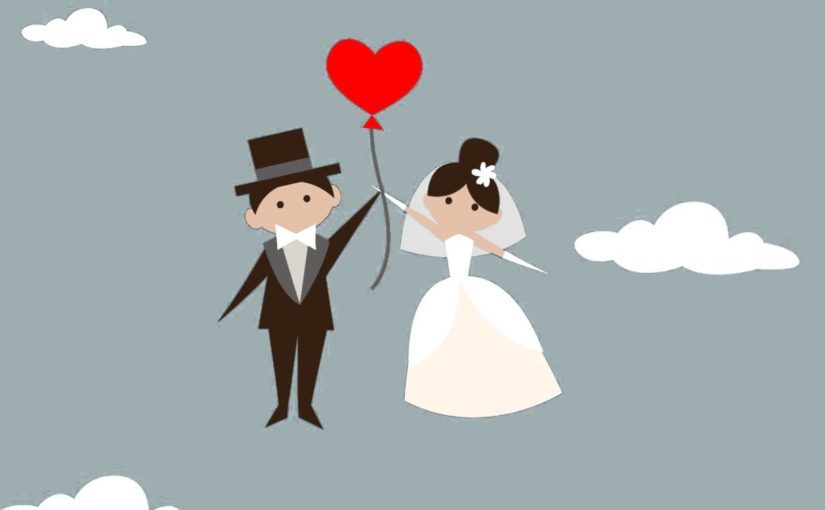 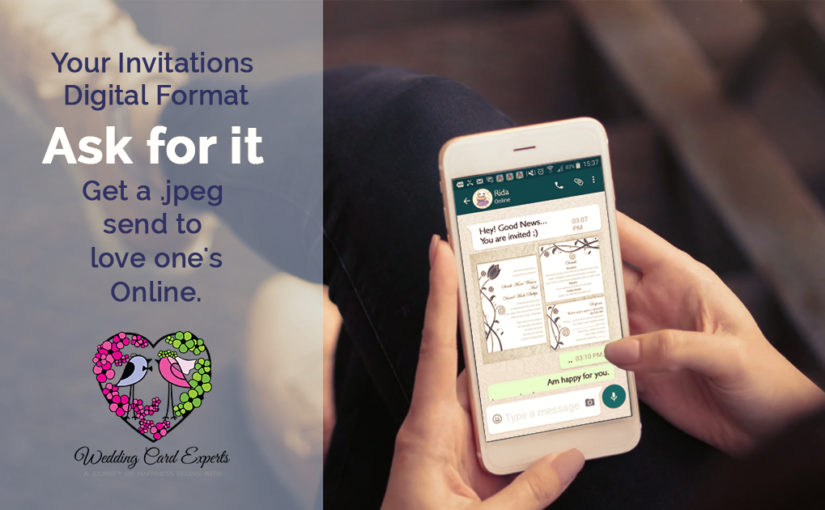 When it comes to invitations, whether they be wedding cards or corporate invitations, so much innovation has been done in this area. WeddingCard Experts is allowing you to customize your invitation cards with no limits of customization. In this world of transformation, Wedding Card Experts is playing its role in a unique and creative way.

We are offering paper-less invitations with the right kind of artistry. Online Invitations that open with a personalized envelope in your guest’s email. You can send online invitations for all occasions by email, WhatsApp or any other social panel that reflects your own unique style. We provide customize digital invites for Wedding, birthday, corporate events and other meaningful moments.

You can create digital invitations, save time & money. Paperless invites have the cleanest, classiest presentation and are unique and elegant that really stands out and at the same time highly customizable and genuinely Eco-Friendly. Our paperless invitations allow you to customize your invitations that reflect your own style or you can choose from hundreds of designs that match the theme of your big day. You can also use your favorite images and choose fonts and colors that suits your theme.

Even we are offering you a digital format [formats including (.tiff, .jpeg, and .pdf)] of your invitation with your printed invitations. So that you can, without any hassle send your invitations right away to your loved ones and can invite them to be a part of your happiness. Our Invitation collection not limited.

Wedding Card Experts, A journey of happiness begins with…

We analyze and like the coming trends that may occur through the whole designing method, as we are wedding experts. We’ve seen plenty of wedding invitation trends and each year some new trend appears and some old trend that sticks around. Choosing a wedding card is completely different for every social and cultural class or type of society. On the same time it’s not an easy task, sometimes client takes several weeks just to finalize the design whereas some just choose from the given one and then we have another creative side which asks for a design like in their head.

Pocket Laser Cut
You couldn’t cut out a style with scissors and obtain the detail that a laser cut will. Laser cut is modern and so nice that tiniest of cuts bring some wonderful patterns! 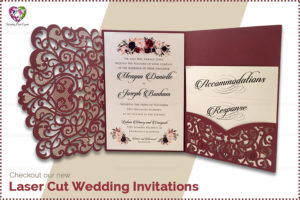 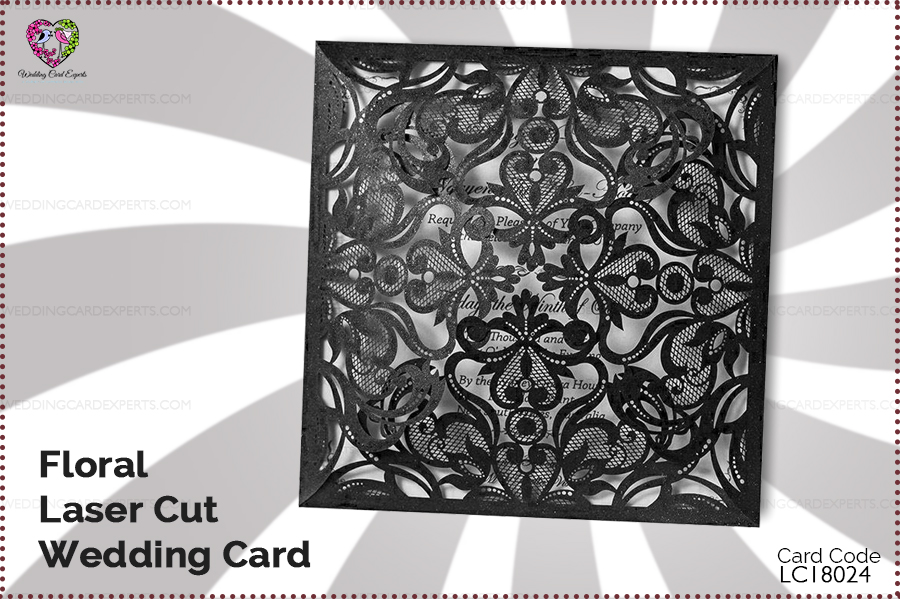 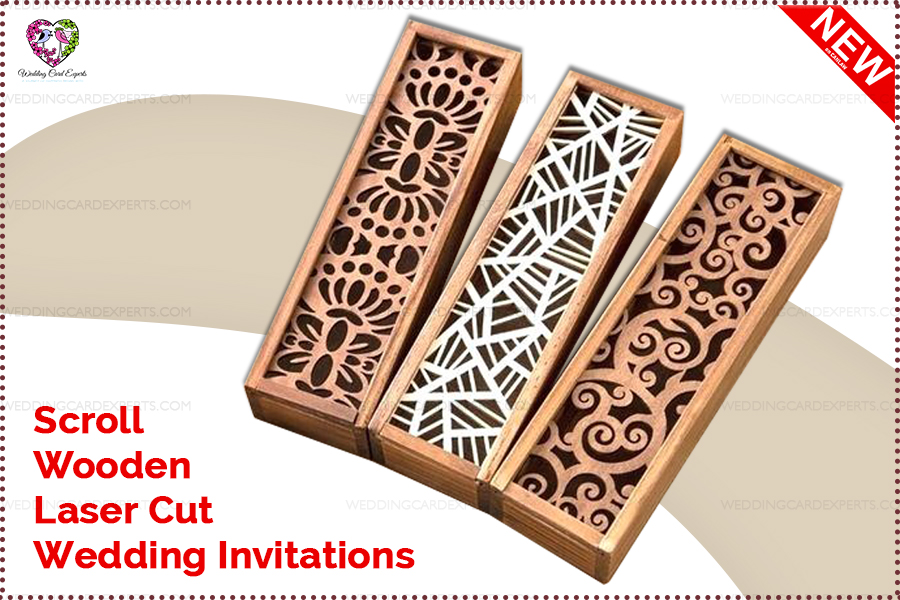 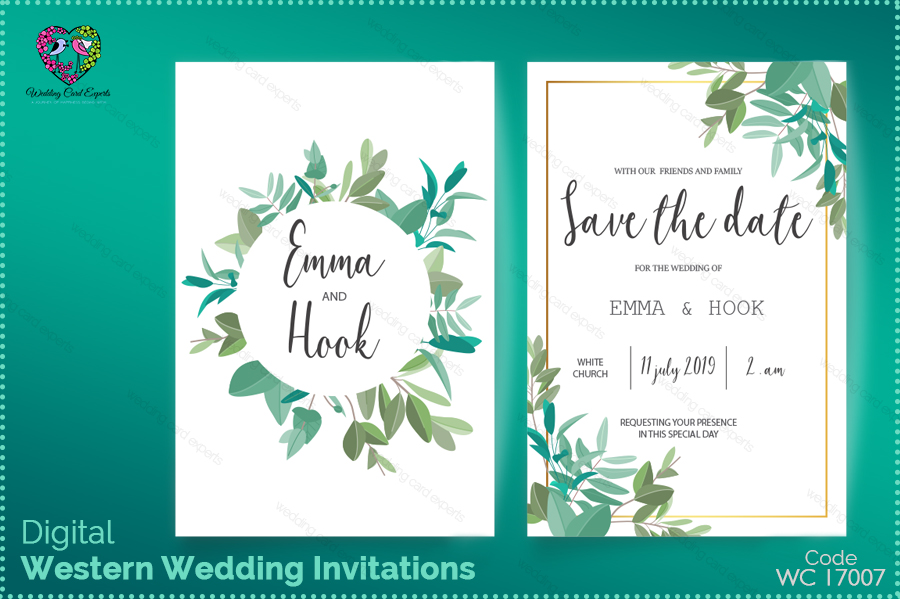 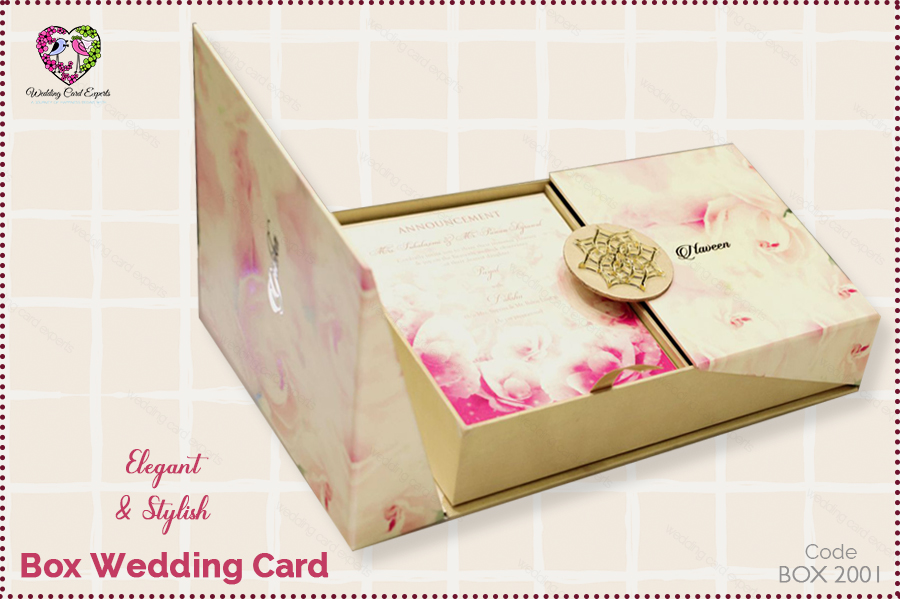 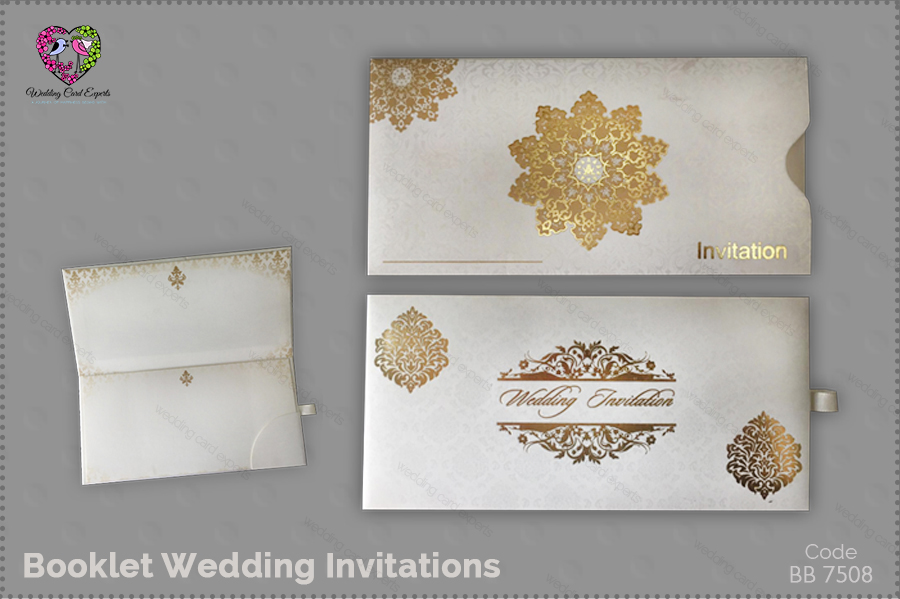 Then we’ve some more other types such as:

Acrylic: Yes you can see clearly! This is the beauty of acrylic wedding cards. It falls modern and traditional styles and because of it’s uniquness it alway hit.

At wedding card experts, we are more eager than you to produce fine quality with dependability. We use all the recent and modern technics to bring more and more classy invitations for you. We’ve new designs for wedding cards, new printing processes with which we make wedding cards more digital, new technics in which we use machinery and human effort to bring the amazing fusion for you, fresh designers to stay up to date, latest machinery so we can achieve flawless printing and so many other facilities to entertain our clients. Visit our website or our shop to find out the suitable invitation card for your special occasion. 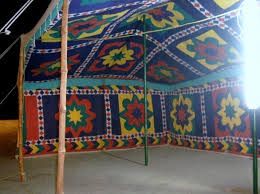